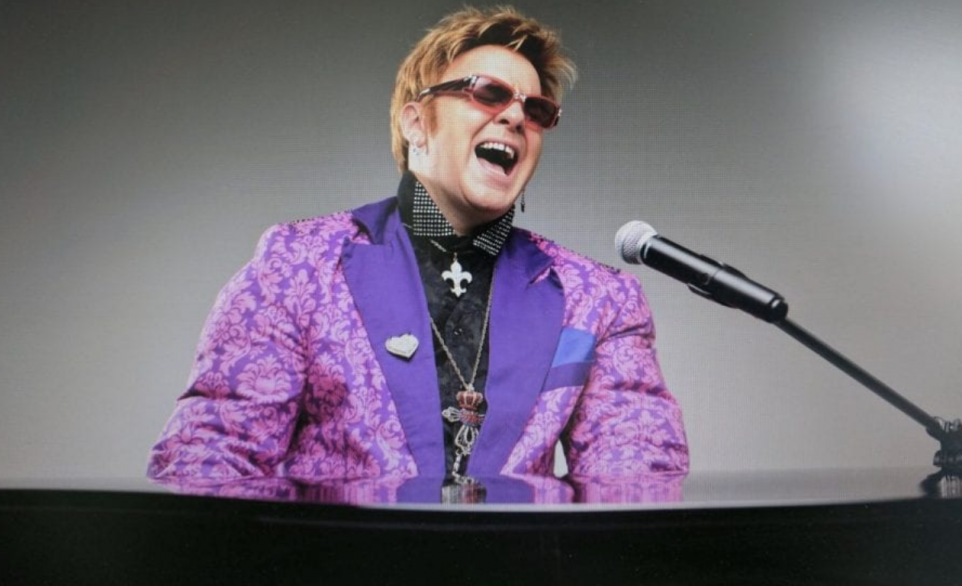 Jimmy’s authentic portrayal of Sir Elton John is the result of over 26 years in the entertainment industry. Regarded and respected as a vocalist since 1993, he quickly became recognised as one of the best impersonators in the world today.

“I learned to play (piano) especially for the part of Sir Elton” says Jimmy when asked how long he has been playing. “…it comes with the territory, so when I was asked if I could play the part I started practising right away.”

Jimmy has been training as an actor since he was 16 years old and feels that these skills have also been vital to taking on the role.

“I studied acting and music at my local college for two years, and then more recently have been training at MSA in Manchester…”

Jimmy was a cast member in the Legends multi tribute show in Blackpool for 10 years, and used his time there to develop his impersonation of Sir Elton.

Take me to the pilot

Sorry seems to be the hardest word

Candle in the wind

Bennie and the jets

The bitch is back

Are you ready for Love

I guess that’s why they call it the blues

Don’t let the sun go down on me

Something about the way you look tonight

Someone saved my life tonight

Can you feel the love tonight