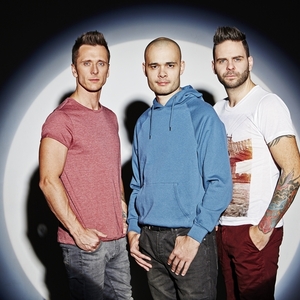 Five (stylised as 5ive) are an English boy band from London consisting of members Sean Conlon, Ritchie Neville, and Scott Robinson. They were formed in 1997 by the same team that managed the Spice Girls before they launched their career. The group were mostly known as a five-piece, consisting of Robinson, Neville, Conlon, Abz Love and Jason “J” Brown. Five enjoyed remarkable success worldwide, particularly in their native United Kingdom, as well as most of the rest of Europe, and Asia. The group have currently based on BPI certifications sold a minimum of 1.6 million albums and 2 million singles in the UK alone.