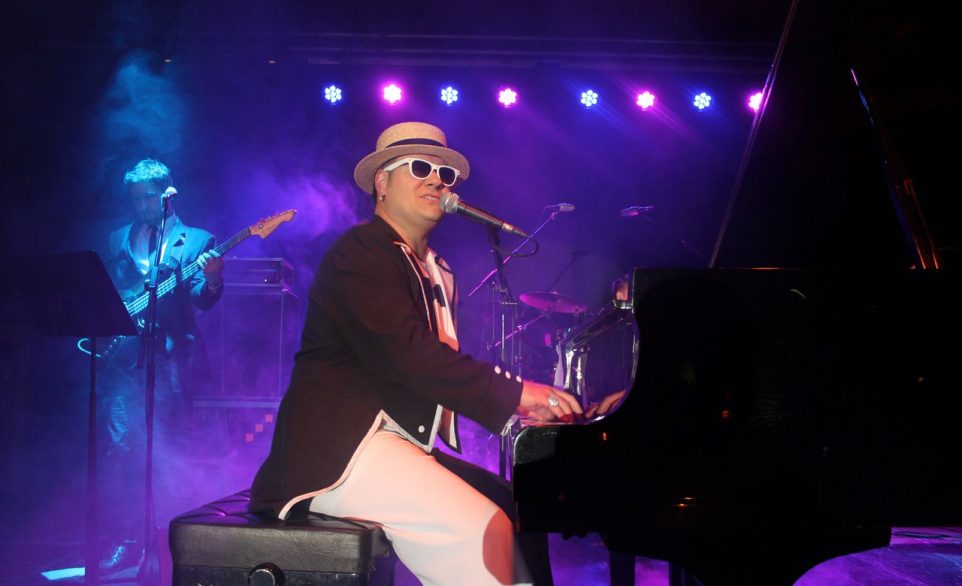 Joel has been performing as Elton John since 2008. As an accomplished pianist and talented singer he offers one of the most captivating and authentic tributes to one of the greatest icons of all time. Joel has performed all over the world from private birthday parties and weddings to cruise ships and hotels in the Middle East. He has filmed a spoof video with the Sun newspaper, entertained a huge crowd of over 6000 at Alexandra Palace and performed in front of 20,000 people.

Joel was born in Leicester but now lives near Redcar in the North East. A talented musician from an early age, Joel started to play the piano aged 7. At 14 he also took up the bass guitar and since then has gone on to play lead guitar and drums too.

A great pianist and musician and an even better stage performer, Joel takes on the mannerisms as well as the look and sound of Elton John. Since turning professional at 21 Joel has played in many live bands all across the UK and on cruise ships too.

“What a fantastic evening! Thank you for a tribute act that will be spoken about amongst my family and friends for many years.” Matthew Collins – 40th Birthday

“It has been our pleasure to have seen Joel’s performance of Elton John twice and as Elton fans we can honestly say he is absolutely brilliant. If you like Elton you will love Joel’s excellent tribute.” Jill Hammond

“I can’t thank you enough for playing at our wedding! You went down a storm! Thanks so so much, you certainly made our day special.” Alice Taylor