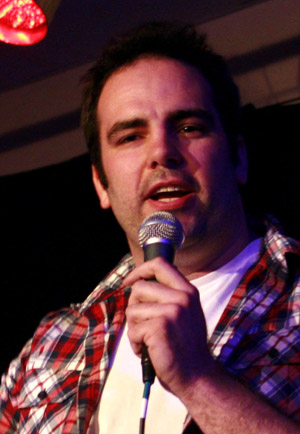 Jason is a Kent-based stand up who mixes self-deprecating stories with funny observations and sharp one-liners. Jason’s first gig was in July 2011 closing to a full house at ‘Up the Creek’ as part of the weekly comedy variety night.

“The audience lapped him up” Ellie Taylor (Snog, Marry, Avoid)

“If he’s that good now, he’s gonna be brilliant in a couple of years” The Calstock Festival