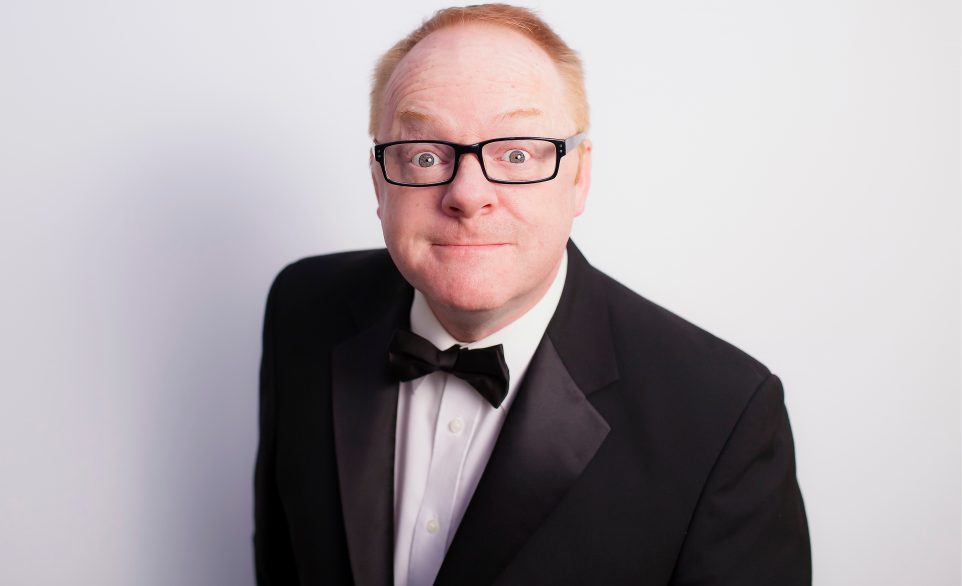 Brian is one of the most experienced headline acts on the comedy circuit. He moved to London in his teens from a small fishing village in central Scotland. Armed only with a penknife, catapult and a bag full of tadpoles he set out to make his fortune. Twenty years later he still has the penknife. Brian has a real passion for comedy, and it shows in an impeccably delivered cheeky upbeat set, which never fails to deliver the goods.

Topical material alongside well-crafted stories of fatherhood, pregnancy and all related subject matters. He has a high turnover of material and that maybe one of the reasons he has been a headline act for the last fourteen years.

Festivals
Reading, Bug Jam, Shakespeare festival Nottingham & Leeds, Cambridge Comedy Festival and V Festival and many, many more.
2013 saw Brian taking his one-man show to the Edinburgh Festival, From Beer To Paternity which received an excellent review… http://thejohnfleming.wordpress.com/tag/brian-higgins/
In 2014 he was invited to the Soweto Comedy Festival in Johannesburg.

CSE work Kosovo, Cyprus and many fundraising events throughout the years for injured troops.

Brian has worked in theatres the length and breadth of the country, Universities in every city and every other nook and cranny with a microphone.

Brian recently has delved into the world of writing and has just finished a children’s book about special needs children and is now working on a farcical book for men on the subject of pregnancy. (From beer to paternity).

Brian has had countless appearances on radio, with the likes of Talk Sport, Fred MacAulay show, and numerous TV shows, Funny Business, The Warehouse, and award-winning short film Pub Fiction with Al Murray.

“Went to see Jongleurs at The Beacon in Greenock tonight,what a brilliant performance from Brian,side splitting comedy. Thank you.” Eric Ward (Facebook Review)